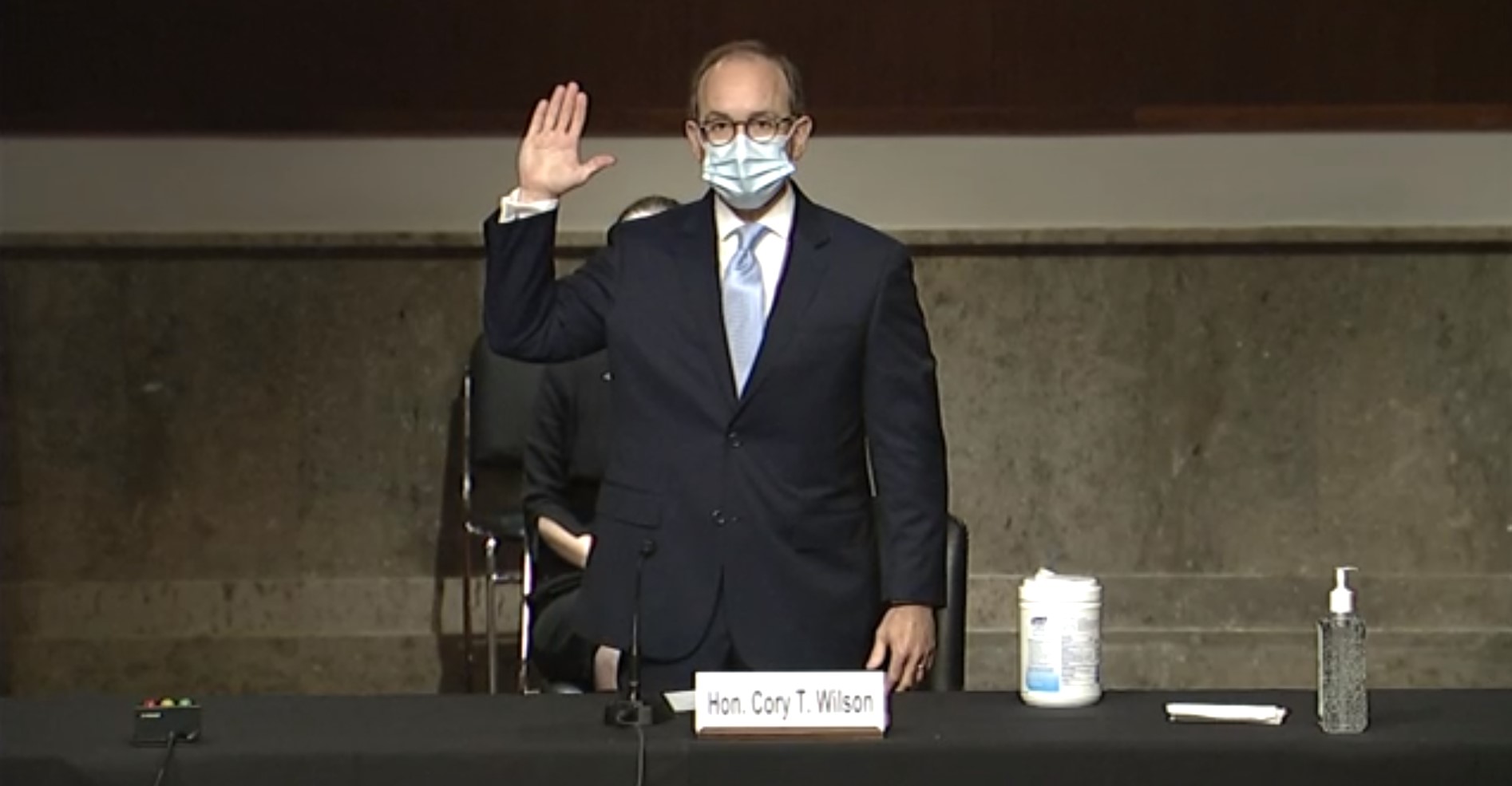 Cory Wilson being sworn in for his Senate Judiciary Committee hearing.

This week, Senate Republicans confirmed President Trump’s 200th lifetime appointment to the federal bench. The two nominees confirmed over the past week, Justin Walker and Cory Wilson, tell a damning story about what these lawmakers prioritized during a deadly pandemic that continues to rage across the country. From even the earliest days of social distancing, Senate Republicans were far more interested in confirming these two judges, who both are stridently opposed to the Affordable Care Act.

Walker called the Supreme Court’s decision upholding the Affordable Care Act “catastrophic” and “indefensible,” while Wilson described the ACA as “illegitimate” and “perverse.” But even as Donald Trump and Mitch McConnell knew the coronavirus presented an imminent health care crisis, their top priority was advancing judges ready to take health care away from millions. In the time between their initial conversations about these nominations and their final confirmations, over 120,000 people have died.

What follows is a timeline demonstrating how Trump and McConnell prioritized Walker and Wilson as COVID-19 ravaged the country:

January 3, 2020: President Donald Trump is briefed on the dangers of COVID-19.

March 22, 2020 (33,928 U.S. cases, 509 U.S. deaths): Trump doubles down on his support for the lawsuit that would gut the Affordable Care Act. If this lawsuit is successful, over 20 million people will lose health insurance and 135 million people with preexisting conditions could lose critical protections — to say nothing of the many more for whom COVID-19 would now be treated as a preexisting condition.